From the Travelers Century Club Roster: “Membership in the Travelers’ Century Club is limited to those who have visited one hundred or more countries of the world.”Started in Los Angeles is 1954, the motto of the Club is
“World Travel…the passport to Peace through Understanding.”

“If there is left in the world any hope whatsoever that man can live in peace, despite the terrible weapons they have created to destroy each other, that hope lies in a better understanding among peoples. Understanding isn’t possible without extensive personal contacts. Personal contact can only be made by traveling.”

More about Travelers’ Century Club: click here
You can apply to be a provisional member after you have been to 75 countries. 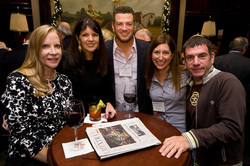